Diversity and Inclusion: Raconteur’s Stats in 2019 Earlier this year we published our mission statement around making Raconteur a more diverse and inclusive workplace:

As a leading B2B marketing agency, Raconteur’s success is intrinsically linked to the creativity of our ideas and breadth of our thinking, so diversity within our workforce is of vital importance to us. To achieve diversity, we must broaden our horizons and continue to build a workplace where everyone can feel included, regardless of any differences.

As part of our mission, we have committed to sharing an annual update on our D&I progress, especially as we continue to grow, with headcount up 50% since 2018.

In December 2019 we ran an anonymous survey asking all staff members to answer questions which would help us understand the makeup of our workforce - particularly the elements that can’t necessarily be seen.

We’re publishing these results in the interests of transparency, and to give us a benchmark to improve from - not because we feel our results are good enough yet, or anything to shout about at the moment. We know we have much more work to do.

That said, we have done a huge amount in the last 12-months to ensure we become more diverse and inclusive - and I’ll be publishing a new blog post around all of this in the next couple of weeks detailing the changes we’ve made.

In the meantime, though, here are the findings from the 2019 survey: 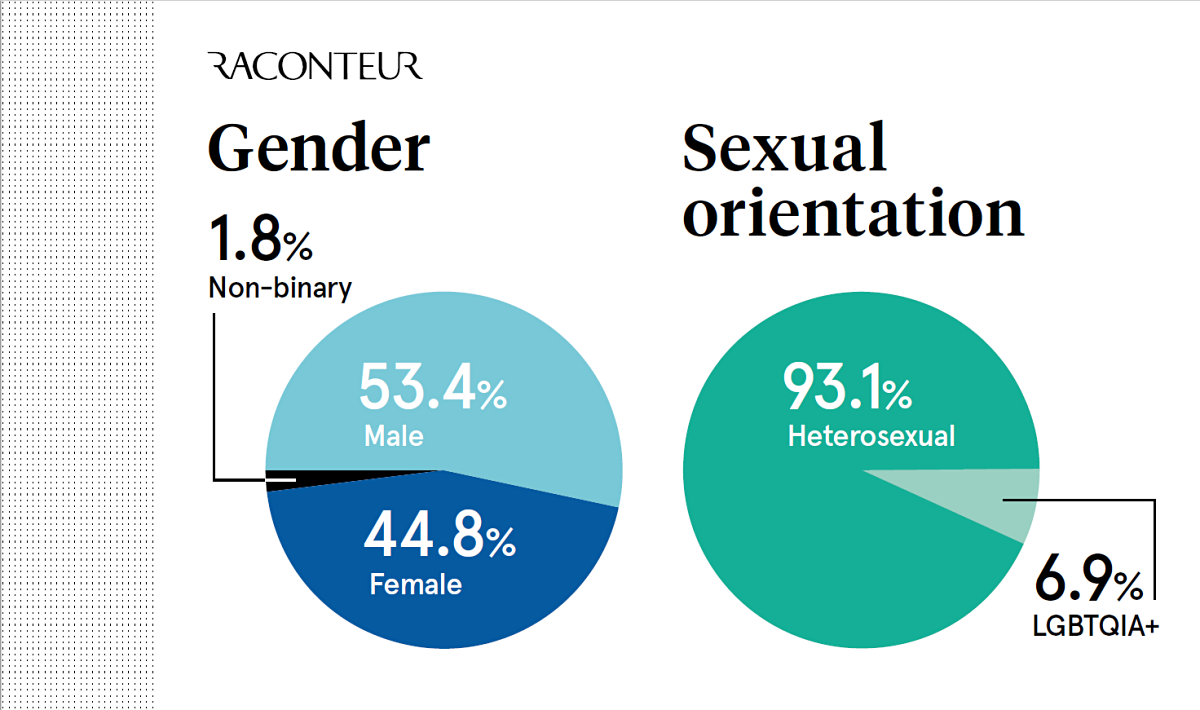 There are 8 different nationalities represented at Raconteur, and 6 different religions. 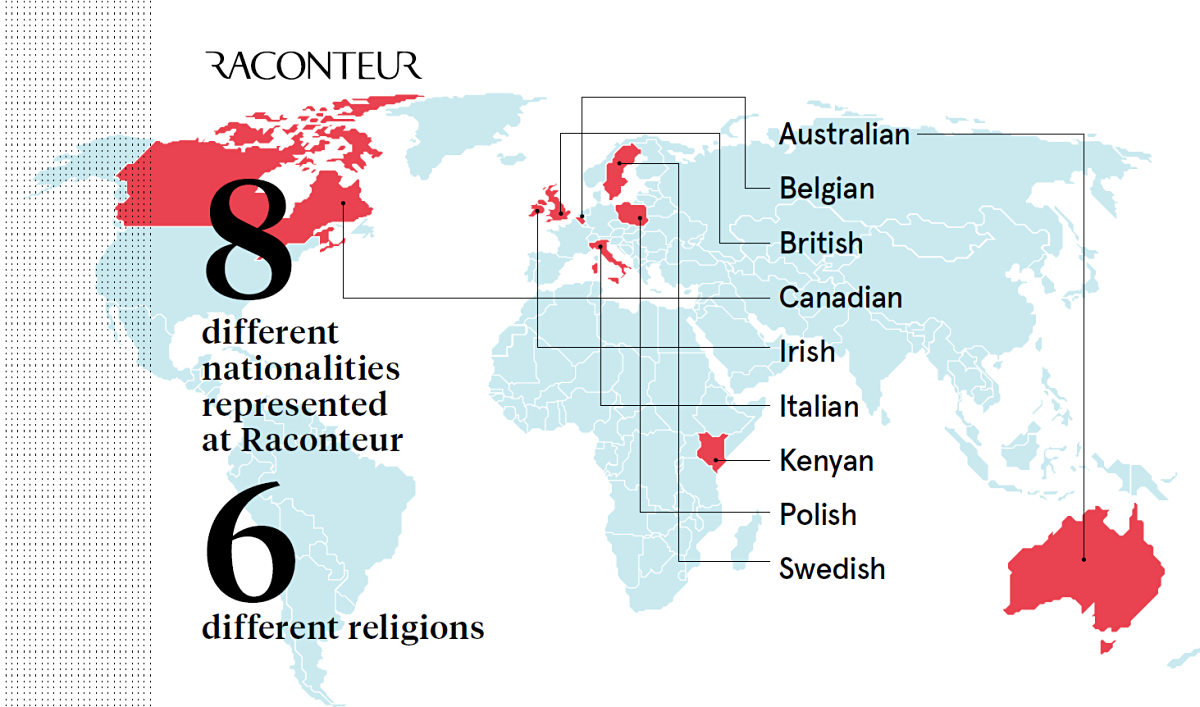 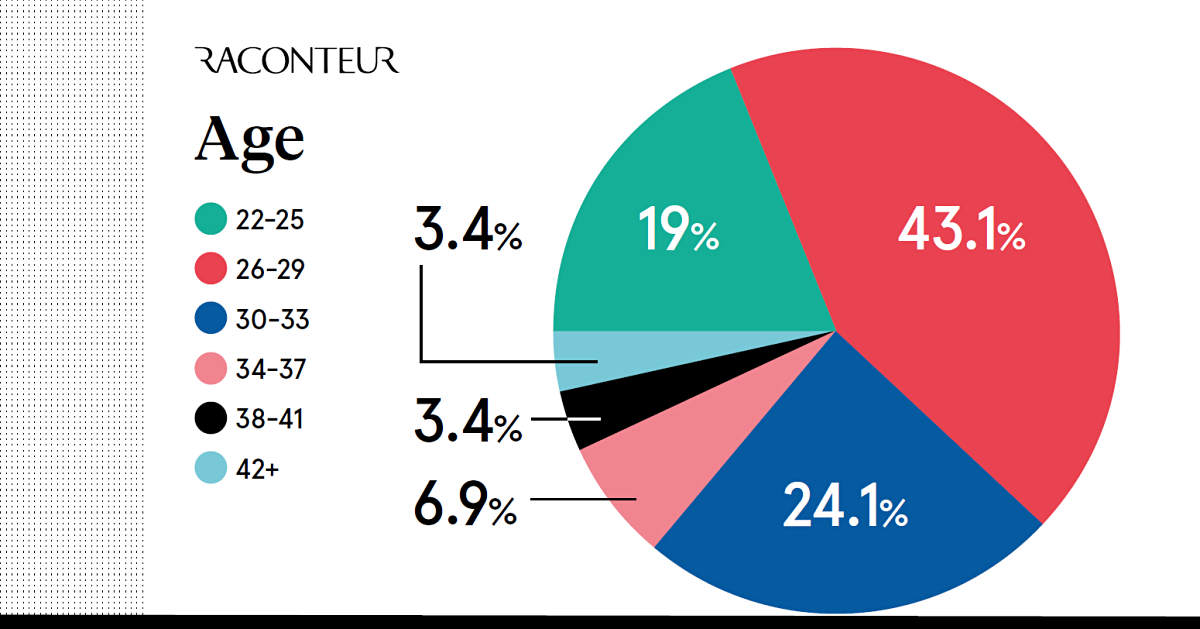 None of our staff reported a physical disability

8.6% say they are neurodiverse 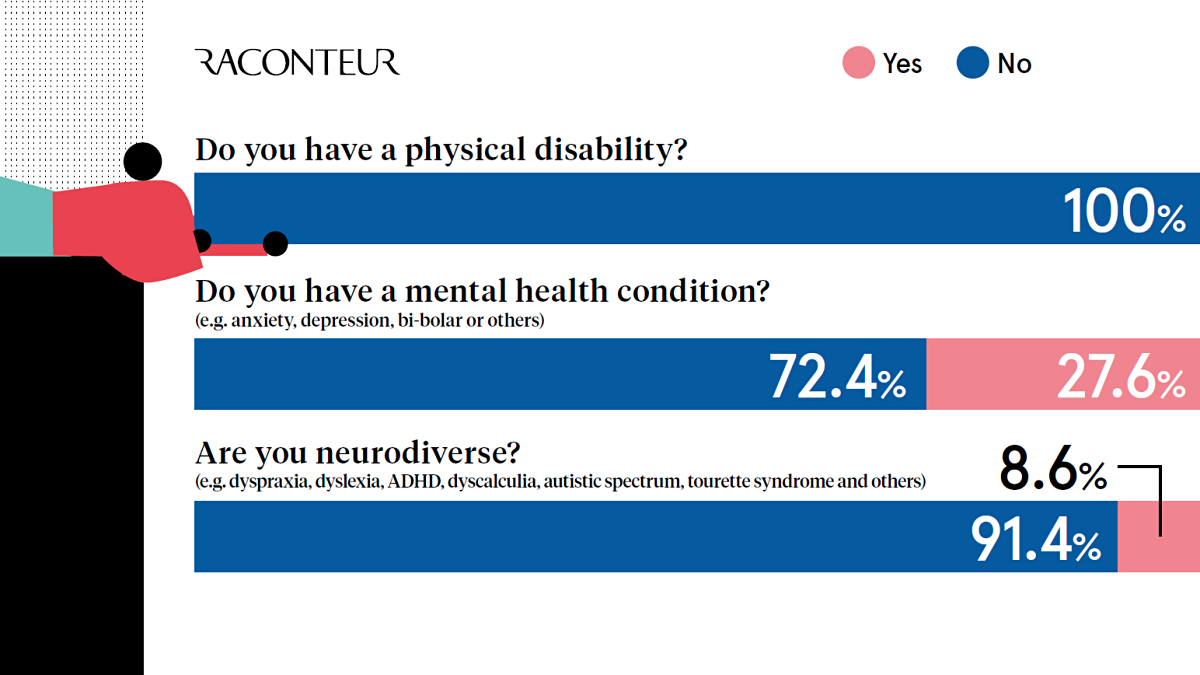 93.1% are educated to degree level or higher 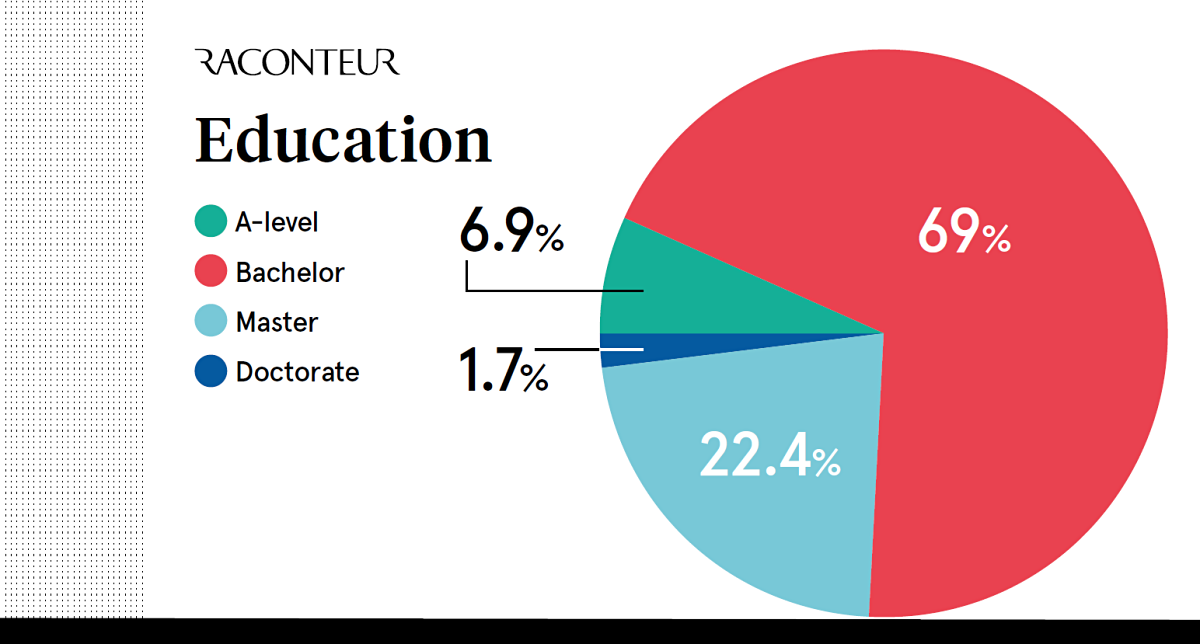 Clearly, there are some eye-opening findings here. The ones which speak loudest to us are those around disability, age, ethnicity and education. The actions we have and are taking to improve these will be laid out in my next post.

We also thought it would be interesting to look at what happened in 2019 in terms of promotions and pay rises, and the findings were as follows:

And finally, we found no evidence of people doing the same job, at the same level of performance, being paid different amounts at Raconteur, since we have flat entry bands for the roles where multiple people do the same job.

On average, since joining the company, male salaries have increased by 16% per year, female salaries have increased by 12.6%. These figures are naturally skewed by the fact we are male-heavy at the most senior level, but compared to the national average for payrises (3.6% in the UK in 2019), Raconteur does seem to be progressing people pretty well, and pretty evenly, in conclusion.